What is a Diplomat?

Diplomats interact with political officials from foreign countries to advance or protect their nations’ interests. Without skilled diplomats, it would be difficult to facilitate the trade deals and political agreements that form the backbone of today’s complex international systems. A Master of Arts in Diplomacy degree can help students gain the specific skills and knowledge they need to successfully conduct such diplomatic negotiations and conversations that are critical to shaping effective foreign policies and international agreements.

An Overview of Diplomacy

Diplomacy is the practice of negotiating with foreign officials to develop solutions to interstate issues. Historically, rather than negotiating to solve issues, states often relied on more aggressive methods, such as military force. This reliance on force can be partially attributed to the fact that historic civilizations didn’t have the rapid communications technology and travel options needed to regularly engage in diplomacy. In the modern era, however, diplomatic communications and negotiations between nations can happen more quickly, providing a better alternative and higher return on investment for settling international disputes versus that of military intervention. Continuing to advance the study of diplomacy is an important component of maintaining peaceful international relationships.

What Are a Diplomat’s Responsibilities?

A diplomat’s responsibilities are to carry out foreign policy initiatives for his or her country in a specific nation. For U.S. diplomats, this task can entail a variety of duties, including the following:

These are basic interpretations of a diplomat’s usual responsibilities, but it is important to recognize that they can become very complex under certain circumstances. For instance, when a military conflict or natural disaster occurs in a foreign country, U.S. diplomats coordinate efforts to help locate and protect American citizens. If possible, diplomats communicate with local governments to ensure the safety of their compatriots. Master of Arts in Diplomacy programs are designed to help teach aspiring diplomats the specialized skills they need to negotiate, even in a high-pressure environment.

What Is a Diplomat’s Importance to Society?

According to the U.S. Department of State, which handles diplomatic affairs, U.S. diplomats have four key objectives: peace, prosperity, democracy, and development. In several recent instances, the U.S. has used its diplomatic clout to advance these goals through the innovative use of foreign policy.

International conflicts can be motivated by several issues, particularly relating to religion, ethnic groups, ideologies, territory disputes, government corruption, or economic instability. The small Eastern European nation Estonia has a history of territory disputes and has faced constant occupations throughout its history. From 1940 to 1991, the Soviet Union occupied Estonia, but once the Soviet Union fell, Estonia began building diplomatic relationships with other countries. Soon after, Estonia joined the North Atlantic Treaty Organization (NATO), whose purpose is to provide security and freedom to its members. At this point, the United States stepped in to aid Estonia, establishing a protective agreement with Estonian leaders to allow the country to maintain peace and stability, as well as brokering trade deals to allow Estonia to rapidly bolster their economy through exports to America. Through this diplomatic strategy, the U.S. helped Estonians develop their once defenseless nation into a thriving one.

In 1994, the African nation of Rwanda experienced a violent genocide. In the aftermath, the country was in ruins, with little physical or operational infrastructure. Upon noticing Rwanda’s plight, the U.S. Agency for International Development (USAID) decided to take diplomatic action to assist the Rwandans with basic resources. Through the diplomatic program Power Africa, the United States has continued to help Rwanda recover by bringing electricity to their communities and reforming their energy policies. So far, the project has provided clean energy to approximately 14,000 Rwandans while also expanding its operations into 12 other African countries.

Peru has a long history of political turmoil caused by corrupt political officials and poorly administered government services. The lack of government support eventually resulted in many of the country’s citizens turning to farm cocaine and selling it to cartels to afford basic necessities. As a result, the number of terrorist and criminal organizations operating in the country increased, the effects of which were felt in the United States. To slow the flow of drugs across U.S. borders and protect human rights abroad, American diplomats helped coordinate the deployment of U.S. troops to assist the Peruvian military. They also consulted with the Peruvian government to guide them in the process of establishing an effective democracy. U.S. diplomacy has helped fortify the rule of law in Peru, making it possible for the country’s citizens to live safer, more prosperous lives.

Between 1975 and 1978, it is believed that approximately two million Cambodians were either executed or worked and starved to death by the Khmer Rouge communist regime. The sudden 20 percent reduction in Cambodia’s population following this genocide made it impossible for many Cambodian people to live safely or find work. Crimes against humanity, especially child slavery, became common in the struggling country, and some people would sell their children just to afford basic necessities. As Cambodia’s plight grew to become an extreme international human rights concern, American diplomats and activist groups decided to stimulate Cambodia’s economy, giving the Cambodian people a fighting chance. To this end, USAID launched Harvest, a program that teaches farmers how to improve their crops and thereby increase their incomes. As are a result of its implementation, Harvest has reduced Cambodian poverty, bolstered its economy, and improved its population’s health. The USAID Harvest program exemplifies how diplomatic efforts can accelerate a country’s development and help it escape extreme poverty and crime.

Diplomats are not only concerned with political affairs, but they also contribute to maintaining economic stability across borders. This entails negotiating laws that govern international trade and advising international companies on how to legally conduct business abroad. For instance, when U.S. companies that participate in international commerce contribute to international environmental issues, diplomats work with foreign governments to ensure that American businesses understand and abide by foreign emissions and pollution standards. In order to ensure that international shipping, travel, commerce, and banking happen with minimal barriers, U.S. diplomats intercede on behalf of U.S. business interests. In the event of international trade wars or other tariff issues, American diplomats work to develop solutions with their foreign counterparts.

What Is a Diplomat’s Role in Counterterrorism?

Sometimes diplomats meet to exchange critical data that can be used by intelligence agencies to positively identify terrorists before they can carry out attacks at home or abroad. In addition to sharing information, U.S. diplomats partner with nations to develop strategies to help reduce terrorism and terrorist activities, such as cyber espionage and cyber warfare attacks that use malicious code or data to harm organizations’ or nations’ computer networks. In the case of cyber attacks, diplomats negotiate with foreign government officials to prosecute private cybercriminals or to shut down government-sponsored cyber espionage. This diplomatic approach to counterterrorism ensures that terrorist organizations are not able to grow unchecked in countries that are not equipped to deal with them.

People who are drawn to a career in diplomacy are often those who are drawn to careers in public service. They might have served in the military or have spent time overseas. Some diplomacy professionals begin their careers in other areas of public service. Many private nonprofit organizations and international corporations also need professionals with experience in diplomacy. Professionals who hope to expand their opportunities in this field, who want to change career paths, or who are mid-career might consider graduate-level diplomacy programs to develop a deep knowledge base and a robust portfolio of diplomatic experiences to assist them as job candidates. Career paths for diplomacy professionals include:

A government ambassador is a highest-ranking official sent to a country in a diplomatic role. They have face-to-face meetings with executive political leaders and other ambassadors to discuss important international matters. The ambassador is the U.S. President’s official representative in a foreign country and is authorized to communicate with the country’s political leaders on the President’s behalf. They strengthen relationships between the U.S. and the foreign leaders, resolve minor complaints, and escalate larger issues to the President and the President’s advisors to resolve. All other diplomats within a country usually report to the ambassador, meaning ambassadors also serve in a leadership capacity.

To become ambassadors, diplomats will need extensive professional experience—typically 10 to 15 years— in the foreign service or another diplomatic role. Serving most of this time in a single nation can improve the odds of being appointed as ambassadors, as over this period they can build strong relationships with the governments of the nations they want to host them as ambassadors. Their education is important as well, because advanced degrees, such as a Master of Arts in Diplomacy, may be tied to pay increases. According to the U.S. Department of State’s Foreign Service Salary Table, senior-level ambassadors can earn as much as $180,000 per year.

Sometimes, the information that military operations require can be collected through basic research, but there are times when intelligence specialists are needed to gather that information directly from the source. Intelligence advisors work in the field, interviewing locals and assessing the risks of taking action to neutralize threats. They also compile other information assets from a distance through activities like online reconnaissance, analysis of satellite imagery, and other forms of surveillance. Senior intelligence advisors are tasked with using this intelligence to directly coordinate military operations. Master of Arts in Diplomacy graduates who are enlisted in the military are eligible for intelligence advisor jobs and can be strong candidates for this position because their diplomatic skills can be leveraged to inform perspectives on international relationships and give the military’s leadership unique insight into what intelligence data could be most useful during military operations abroad. According to PayScale, the average salary for this occupation is $85,665.

International corporations must communicate effectively with government institutions that control the regions where they operate. Communications directors who work at international corporations can use their diplomatic skills to ensure that the foreign citizens and governments have a favorable opinion of their companies. Additionally, international companies employ directors of communications with diplomatic skills to interact with foreign officials and negotiate with foreign policymakers to improve the free flow of commerce. These interactions are important because sometimes minor policy changes can increase the cost of doing business and lead to significant business losses. If possible, the corporate director of communications can try to sway foreign public opinion against policies that would harm their brand.. The median salary for corporate directors of communications is $72,830, according to PayScale.

The art of diplomacy is essential to keeping international economic, social, and political matters under control. It can keep conflict at bay and stimulate shared prosperity among nations. With a Master of Arts in Diplomacy degree, determined professionals can develop the tact and negotiation skills they need to successfully broker international agreements that serve the interests of the American government and organizations.

Norwich University’s online Master of Arts in Diplomacy program provides working professionals with a broad understanding of global communications protocol and a deep knowledge of the world issues that affect international relations. The program allows you to build on your political, governmental, or business expertise with a solid foundation in the theories and practices that direct international relations and political science within the international system.

8 Books for Students Obtaining a Master of Arts in Diplomacy

What is Diplomacy, U.S. Department of State

Military Careers: What They Do, Bureau of Labor Statistics

How Do You Become a Diplomat, U.S. Department of State 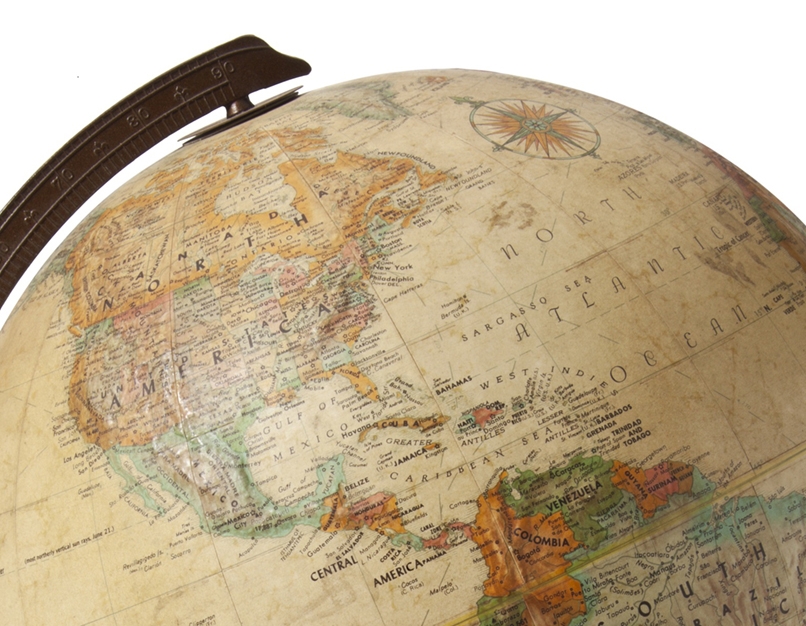