In order to develop a thorough and rounded understanding of critical historical events, it can be beneficial for history professionals to attend industry conferences. By attending these conferences, historians have an opportunity to dissect history, explore the significance of particular events, and expand their knowledge and professional network. Here is a brief list of some of the most popular historical conferences and symposiums in this industry.

From June 22 to June 24, 2017, the World History Association (WHA) held its 26th Annual World History Association Conference in Boston, Massachusetts. Though this conference is geared towards history enthusiasts and professionals in the field, the WHA openly invites people of all backgrounds to participate, creating an ecosystem of diverse thought on valuable ideas about historical events.

At this year’s conference, attendees were privy to a 3-day conference that started off with a compelling keynote speech from veteran historian and current Professor of African American Studies at Boston University, John K. Thornton. In his speech, Thornton explored the early economic developments of pre-colonial Africa and highlighted how these economic foundations directly influenced the overarching modern history of the continent. Following this keynote presentation, attendees had the privilege of participating in conference sessions that featured discourse submitted by other historians on a wide range of global history topics, including the history of Boston, American-Japanese cultural transmissions, the relationship between Lesbian, Gay, Bisexual and Transgender orientation and European colonialism, and the role that cuisine plays within cultural identity. These sessions brought forth new knowledge about a number of regions, cultures, and historical periods from around the world, while also bringing forward new data on previously studied historical events.

The European Association of History Educators (EUROCLIO) connects more than seventy educators’ associations, specifically those inclined towards supporting history, heritage and citizenship educators. Since being established in 1992, EUROCLIO has been actively involved with working to find innovative solutions to a wide range of issues regarding the process of studying and teaching history in many European countries. By uniting the efforts of hundreds of historians and history educators, EUROCLIO consistently succeeds at propagating new historical narratives that redefine issues formerly perceived as contentious. Alongside their lucrative traineeships and insightful historical projects, EUROCLIO sponsors an annual conference that invites members to an in-depth discussion regarding a pressing current topic.

The topic featured during the 2017 conference, hosted in the spring in Donostia-San Sebastian, Spain, focused on the question “How Can History Change Today?” The featured debates at the event tied to this theme and were hosted by several prominent speakers. A compelling keynote on the featured topic was titled “Where Does Local History End and Global History Start” and presented by Mario Carretero, a professor of psychology at Autonoma University of Madrid. The schedule of the conference also included discussions on a diverse range of topics, including the role of civil society initiatives, how young people engage in learning history, and peace education, among many others. These discussions allowed historians, especially those who are educators, to learn actionable lessons about how to use their knowledge to effectively impact others and in turn, positively impact the world. Before the conference closed, participants were invited to visit local schools to observe their educational practices, presenting them with an opportunity to acknowledge and emulate the best educational practices from these foreign educational institutions. The final aspect of the conference was a general assembly that featured discussion groups on captivating topics, allowing attendees to interact with fellow historians and expand their professional networks.

The National Council for History Education (NCHE) is an organization that is focused on collaborating with history professionals to promote historical literacy by rallying teachers and students towards recognizing the unique civic value of history. The NCHE has hosted conferences throughout the United States since 1995, and in April 2018, they will be holding their national conference in San Antonio, Texas. The focal point of the upcoming NCHE National Conference is “Myth, Memory, and Monuments.” Throughout the conference, participants will gain insight into the practices of past historians, as they explore the historical role memories play in the expression of beliefs and values, as well as how certain memories are exchanged between the different groups and individuals of a society. These insights can provide immense value for educators of all ages as the exchange of ideas, memories and values are one of the key components of effective education. Collaborating with other historians and scholars who attend the NCHE National Conference can also enable historians to integrate their understanding of memories and personal expression into the lessons of history.

The Western Association of Women Historians (WAWH) is a global organization that was founded in 1969 with the objective of promoting the success of women studying history or working in history-related professions. Each year, members of the organization are invited to the annual spring conference to present scholarly work, divulge new research and discuss innovative methods of teaching and writing. Participating in this event gives individuals the chance to contribute value to their field of study, while also providing them a space to meet other esteemed women in the history profession. The WAWH spring conference is also an opportunity for attendees to discuss issues deemed important to progressing the interests of women scholars and creating a more suitable environment for women in academia. The 2018 Annual WAWH Conference will be hosted in California from April 26 to April 28.

From October 19 to October 22, 2017, the National World War I Museum and Memorial hosted the Remembering Muted Voices Symposium, which focused on the “Conscience, Dissent, Resistance, and Civil Liberties in World War I Through Today.” The primary discussion of this event revolved around resistance and conscientious objection in World War I. The symposium challenged historians and scholars to consider the lasting effects of muting the voices of war critics, and how those who opposed World War I set the foundation for modern peace movements and anti-war activism. History professionals used the knowledge gained at this conference to perpetuate ideas of peace mongering and encourage those who are willing to speak out against the injustices of war. Additional topics covered included “Race, Empire and World War I”, as well as a presentation on the various costs of war, including the economic, political and psychological impact.

Current and future historians have been working for centuries to discern new and valuable lessons from past events. By attending history conferences, history professionals can expose themselves to unique opportunities to learn more about themselves and the world around them by indulging in lectures and professional presentations, as well as exchanging ideas with their peers.

With Norwich University’s online Master of Arts in History program, you can enhance your awareness of differing historical viewpoints while developing the skills needed to refine your research, writing, analysis, and presentation skills. The program offers two tracks – American History and World History, allowing you to tailor your studies to your interests and goals. 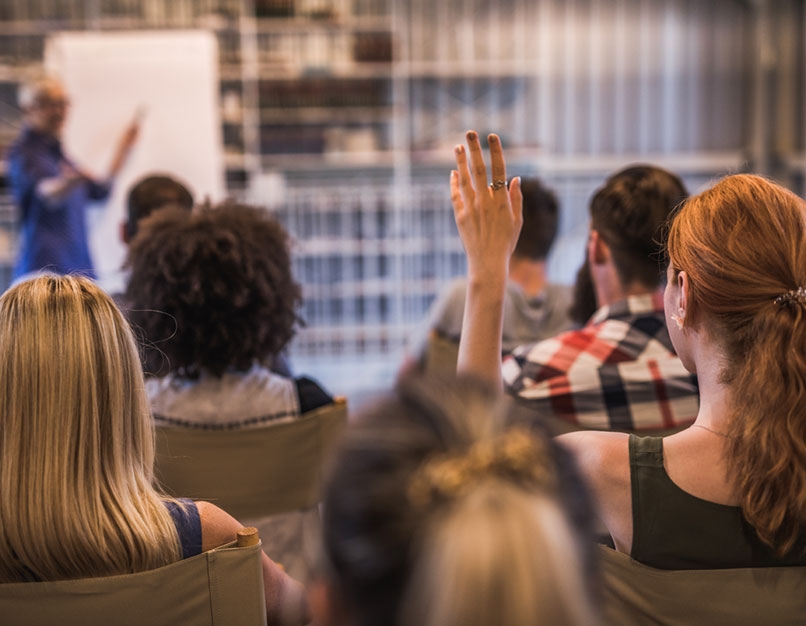