Six Causes of World War I

The First World War began in the summer of 1914, shortly after the assassination of Austria’s Archduke, Franz Ferdinand, and lasted more than four years, ending in 1918. The Great War left more than 20 million soldiers dead and 21 million more wounded, which can be attributed to trench warfare and the number of countries involved in the war. For aspiring historians, understanding the causes of World War I are equally as important as understanding the conflict’s devastating effects. Though the assassination of Archduke Ferdinand was the direct precipitating event leading to the declaration of war, there were many other factors that also played a role in leading up to World War I (WWI).

In the 1900s, several European nations had empires across the globe, where they had control over vast swaths of lands. Prior to World War I, the British and French Empires were the world’s most powerful, colonizing regions like India, modern-day Vietnam and West and North Africa. The expansion of European nations as empires (also known as imperialism) can be seen as a key cause of World War I, because as countries like Britain and France expanded their empires, it resulted in increased tensions among European countries. The tensions were a result of many colonies often being acquired through coercion. Then, once a nation had been conquered, it was governed by the imperial nation: many of these colonial nations were exploited by their mother countries, and dissatisfaction and resentment was commonplace. As British and French expansionism continued, tensions rose between opposing empires, including Germany, Austria-Hungary and the Ottoman Empire, leading to the creation of the Allied Powers (Britain and France) and Central Powers (Germany, Austria-Hungary and the Ottoman Empire) during World War I.

Nationalism was one of many political forces at play in the time leading up to World War I, with Serbian nationalism in particular, playing a key role. Serbian nationalism can be dated to the mid- and late-1800s, though two precipitating nationalism events are directly linked to the start of WWI. In the Balkans, Slavic Serbs sought independence from Austria-Hungary and the Ottoman Empire, and in 1878, they tried to gain control of Bosnia and Herzegovina to form a unified Serbian state. With the decline of the Ottoman Empire, Serbian nationalism continued to rise, culminating in the assassination of the Archduke of Austria in 1914 by a Bosnian Serb and officially triggering the start of the Great War.

The Assassination of Franz Ferdinand

On June 28, 1914, the Archduke Franz Ferdinand of Austria was assassinated by Gavrilo Princip. Ferdinand was chosen as a target because he was to be the heir of the Austro-Hungarian Empire. On the day of his assassination, the Archduke traveled to Sarajevo to inspect imperial armed forces in Bosnia and Herzegovina, former Ottoman territories acquired by Austria-Hungary in 1908. While Ferdinand was traveling in an open car in Sarajevo, Princip fired into the car, shooting Ferdinand and his wife Sophie. Following the assassination, Austria-Hungary issued an ultimatum to Serbia, which was rejected and led Austria-Hungary to declare war against Serbia, with German support. Russia then came to Serbia’s defense, therefore initiating the First World War.

In the age of imperialism prior to World War I, countries throughout Europe had created alliances. The alliances promised that each country would support the other if war ever broke out between an ally and another Great Power. Prior to WWI, the alliances of Russia and Serbia; France and Russia; Germany, Italy and Austria-Hungary; Britain, France and Belgium; France, Britain and Russia; and Japan and Britain were firmly in place. The alliance, between France, Britain and Russia, formed in 1907 and called the Triple Entente, caused the most friction among nations. Germany felt that this alliance surrounding them was a threat to their power and existence. As tensions continued to rise over alliances, the preexisting alliances fed into other countries declaring war against one another in the face of conflict. These conflicts over alliances — which forced nations to come to the defense of one another — led to the formation of the two sides of World War I, the Allied and Central Powers. By the start of the war, Italy and the United States entered on the side of the Allied Powers, which consisted of Russia, France and Great Britain. The Central Powers, alternately, consisted of Germany, Austria-Hungary, the Ottoman Empire and Bulgaria.

The Blank Check Assurance: Conspired Plans of Germany and Austria-Hungary

The alliance between Germany and Austria-Hungary at the start of World War I is also commonly known as the “blank check assurance.” In July 1914, during a meeting between members of the Austrian Foreign Ministry, the Ambassador to Berlin, the German Emperor and the German Chancellor, Germany offered Austria-Hungary unconditional support in the wake of the assassination of Franz Ferdinand. This “blank check,” via unconditional support, sought military and political triumph in securing the Balkans. It also gave Austro-Hungarian leaders the confidence needed to embark on war against Serbia. Today, historians regard it as one of the most controversial decisions in the history of modern warfare, particularly because Germany failed to withdraw the unconditional support when given the opportunity. It is also widely recognized as one of the main reasons Germany is seen as responsible for the escalation and continuation of World War I.

Millenarianism is a belief held by a religious, political or social group or movement that a coming major transformation will occur, after which all things will be changed. For Germany, leading into World War I, historians report that the Spirit of 1914 was high, with support from the German population for participation in the war. The German government believed that the onset of war and its support of Austria-Hungary was a way to secure its place as a leading power, which was supported by public nationalism and further united it behind the monarchy. The success Germans saw in the opening battles of WWI provided a platform for the German government to position itself as able to accomplish more when unified and nationalistic. However, this millenarianism was short-lived, as Germany was unprepared to fight the long war, which took a dramatic and demoralizing toll on its people and later set the stage for the rise of the Third Reich, less than two decades later.

Following the events above, World War I moved into full force from 1914 through 1918, ending when peace was brokered between the German and Central Forces and the Allied Powers with the signing of the Treaty of Versailles. However, this treaty forced punitive measures on Germany that further destabilized Europe and laid the groundwork for the start of World War II. By understanding the causes of World War I, historians can develop a keen comprehension of how and why this devastating conflict began.

With Norwich University’s online Master of Arts in History program, you can enhance your awareness of differing historical viewpoints while developing the skills needed to refine your research, writing, analysis, and presentation skills. The program offers two tracks – American History and World History, allowing you to tailor your studies to your interests and goals.

Outbreak of World War I, History

Imperialism as a Cause of World War I, Alpha History

The Spirit of 1914: Militarism, Myth, and Mobilization in Germany, Google Books

The European Powers in the First World War: An Encyclopedia, Google Books

German trenches on the Aisne, Library of Congress 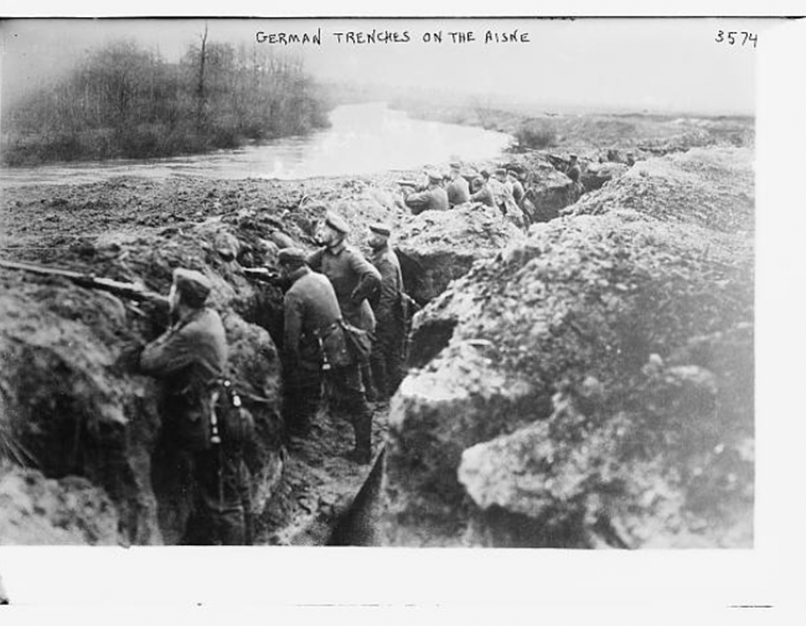