Military Career Transition with Your Spouse

Anthea and Ryan Chlebek, Master of Arts in Diplomacy, Class of 2012

Ryan Chlebek: "One of the aspects that we learned about, close to our time getting out of the military, was the Foreign Service within the State Department. And, once we started researching what programs had diplomacy or some kind of Foreign Service program, the Norwich Master of Arts in Diplomacy program became really appealing."

Anthea Chlebek: "I’ve developed some relationships with the instructors and I found that a lot of the instructors offer phenomenal career advice. They talk about focusing what your interests are to that line of work and I found that some of my interests might not necessarily align with the Foreign Service. So initially, that was what I was gearing towards, but I realized now that, you know, we have this under our belt that this is not necessarily the path that I want to take."

Ryan Chlebek: "Everybody at work has been support of me pursuing this degree while working full time. Currently I am supporting the Army doing some different force basing projects, but there is a chance within the next few weeks that I am going to be moving to support their office of international affairs which falls right in line with the diplomacy degree. So that’s a good progression as far as work within Booz Allen Hamilton." 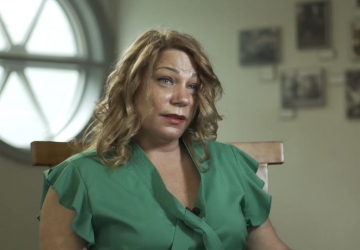 Advance in Your Career with a Master of Public Administration Degree