Even if a company has grown to become an iconic and successful brand, failure to adapt its strategy to current market conditions can easily unravel that success, leading to substantial issues such as declining revenue and even bankruptcy. Mismanagement of financial assets, shortsighted leadership, refusal to implement new technologies when necessary and negligent market analysis are all preventable strategic flaws that can lead a successful business to ruin. The following five companies provide foreboding cases of how miscalculated actions and events can lead to a corporate meltdown; through each example, management professionals can gain insight into how they can prevent such critical failures in their own organizations.

By the end of September 2011, Borders—one of America’s most iconic bookstore chains—went out of business, closing down approximately 400 stores and laying off nearly 11,000 employees. At the time, this came as a shock to the general public, but management professionals who review the history of Borders will find that there were several critical missteps that gradually eroded the company’s viability. Borders were one of the first companies to stock a massive variety of books and other media products in a single store, attracting many customers who wanted to have options when shopping for new books, DVDs and CDs. This advantage helped Borders grow at first, but as the Internet began to pervade the retail industry, Borders’ large physical inventory became more costly to maintain than it was beneficial.

As the digital revolution took hold, performing business operations online quickly became the standard and retail markets were most significantly affected by this paradigm shift. Rather than accept this new model of business, Borders unwisely doubled down on building more stores and stocking them with merchandise—even though the market for physical CDs, DVDs and books had rapidly begun to dissipate. More so than brick-and-mortar locations, consumers were drawn toward digital platforms that offered on-demand streaming or instant access to their purchases, removing the need to visit a store and in most cases, offering a simpler yet equally rewarding experience. To compound matters, Borders made the poor business decision to delegate all of their online sales efforts to Amazon.com, effectively allowing the retail giant to poach would-be Borders customers; thus, Borders gave away their share in the online market and wasted their opportunity to establish their brand online. In contrast, their main competitor, Barnes & Noble, expanded its warehousing and shipping logistics capabilities; established themselves as a reliable online retailer; and developed an e-reader to create a firm foothold in the emerging market for digital books. Rather than adapting to the new industry trend of digital products and online shopping, Borders’ management decided to maintain an outdated model, resulting in the company’s collapse. Through this example, management professionals can understand exactly how drastically new technology can alter a marketplace—and what can happen if large businesses don’t adapt their strategy to suit these innovations.

In 2009, Fortune magazine named mobile phone manufacturer BlackBerry as the fastest-growing company in the world; these days, the giants of the smartphone industry—such as Apple—have completely outclassed BlackBerry’s products, gradually pushing the struggling company towards seemingly imminent bankruptcy. Blackberry gained popularity as the first mobile device company to develop phones that featured a full QWERTY keyboard and “push email,” which allowed users to receive automatic email notifications rather than having to manually check their inboxes for new messages. These features were lauded by professionals who were constantly exchanging emails and needed to be able to do so efficiently, without the cumbersome delay of sending text using a numeric keypad. With such a clear lead in the corporate mobile market, BlackBerry was unable to anticipate the consumer-centric touchscreen smartphone revolution that eventually made its products seem outdated and obsolete.

Although the BlackBerry made typing easier and offered useful communicative features that were mostly targeted at corporate professionals, competitors such as Apple and Google aimed to produce mobile phones that were essentially powerful, user-friendly mobile computers; BlackBerry was not keen on replicating this business model. The advent of the mobile touchscreen allowed users to navigate their phones with more precision, but BlackBerry insisted on continuing to use full keyboards, as that had been a cornerstone of their products for more than a decade. Companies like Samsung and Apple found success in prioritizing higher quality hardware builds that used sleek designs to push their products into the market of personal accessories. Again, BlackBerry ignored this trend and continued to produce phones with merely “adequate” hardware in order to keep production costs low. By the time BlackBerry finally attempted to adopt modern smartphone technology, their competitors’ products had already evolved significantly beyond BlackBerry’s capabilities. Had the executive managers of BlackBerry explored untested strategies rather than rely on traditional methods, they may have been able to leverage the popularity of their brand to secure a greater stake in today’s massive smartphone industry.

Once a titan of retail industry, Sears pioneered innovative concepts—such as mail-order catalogs and lifetime warranties—to maintain its position for decades as the undisputed top American retail company; these days, bankruptcy seems inevitable for the struggling company. According to Fortune magazine, Sears’ supremacy was gradually eroded by its executive managers’ ignorance of the company’s vulnerabilities, like waning interest from faithful Sears customers and an inability to consistently attract new consumers, as well as the disruptive strategies deployed by competitors such as Walmart. Unlike Sears, Walmart prioritized one-stop shopping, offering a wider array of products and home goods than Sears, and at a comparatively lower cost. Walmart also had lower overhead costs to contend with, as the company avoided setting up shop in the expensive outlet malls that Sears had long favored. In recent years, Walmart’s significant online presence and extensive distribution networks have made it easy for customers to purchase and receive their goods quickly and efficiently.

Inevitably, Walmart eventually surpassed Sears’ revenue, thanks in part to several poorly planned executive decisions made by the Sears team, such as deciding to sell off several of their most recognizable brands, like their Land’s End clothing line and Craftsman brand tools. In an attempt to attract consumers, Sears implemented the “Shop Your Way” rewards program; however, the initiative failed to generate meaningful customer retention due to the strict enforcement policies therein. Moreover, immense pressure was placed on the staff to push the “Shop Your Way” program on customers, leading to employee anxiety and unmanageable rates of turnover. In an attempt to regain some amount of financial leverage, Sears began selling off real estate from popular locations, including their once famous office building, the Sears Tower in Chicago. So far, none of their efforts have proven fruitful. Had Sears’ CEO, Eddie Lampery, and senior management not been so willfully oblivious to the risks of competition, store closures, overwhelming employee turnover, supplier contract cancellation and the potential for total bankruptcy may all have been prevented.

Between the 1980s and late 1990s, Compaq was one of the leading personal computer manufacturers, but after a poorly planned merger with Hewlett-Packard (HP), the newly-formed entity incurred a massive financial loss that permanently diminished the company’s reputation and market share. Before merging with Compaq, HP had collaborated with Intel, another computer technology firm, on the Itanium processor chip. This expensive venture yielded lackluster returns, as equally powerful processors made by HP’s rivals—such as AMD Opteron’s processors—were introduced at around the same time. The failure of this product eroded much of HP’s market share, and when then-CEO Carly Fiorina announced her intent to acquire Compaq for $25 billion, many of the shareholders protested, predicting that there would be conflicts between the product lines offered by each company, making profit impossible. Fiorina boldly ignored the company’s shareholders and went forward with the merger in hopes that she could “double [HP’s] revenues to $90 billion, triple its rate of innovation to 11 patents a day, and lead in every product category and every market segment in which they competed”, as quoted by Fortune.com. Unfortunately, the result was quite the opposite of Fiorina’s lofty expectations and the merger led to a complete decay of the company’s financial standing.

Today, though Hewlett-Packard-Compaq hasn’t yet failed entirely, it has lost nearly half of its market value since the merger was completed in 2002; approximately 30,000 employees were laid off and Fiorina ultimately had to resign. Repairing this near-fatal business failure could take years, if not decades; however, the current CEO of Hewlett-Packard, Meg Whitman, recently decided that in order to focus on areas in which the company was successful, Hewlett-Packard would need to scale down. Thus, Hewlett-Packard has been split into two separate companies: Hewlett Packard Enterprise, which offers industrial servers, software, and networking equipment; and HP Inc., the PC and printing hardware wing of the business. In the end, poor executive decisions and shoddy branding and product choices have left HP as a shadow of what it once was, exemplifying why management professionals must acknowledge the ideas and opinions of their stakeholders, while also performing adequate market research before making large-scale business decisions.

After taking the U.S. by storm with its retail consumer electronics business, Best Buy hoped to find similar success internationally in the European and Chinese markets. The company announced in June 2007 that it would be expanding operations to new countries in Europe, Asia, and South America, in a massive plan that included purchasing a 50 percent stake of a United Kingdom mobile phone company, Carphone Warehouse. This announcement was made more than two years before the plan was actually set to take place, so Best Buy’s major UK competitors, Dixons and Comet, had a significant amount of time to brace themselves and place greater emphasis on building strong customer engagement with their brands, thus ensuring a degree of customer loyalty. As this was arguably one of Best Buy’s strengths, losing this advantage contributed significantly to their failure in Europe. The company also suffered for their ignorance of the regional differences among American, European and Chinese electronics markets. For instance, Chinese consumers have access to many counterfeit electronics, reducing widespread interest in big-ticket purchases that do not come from reputable brands (such as Apple), while European consumers have a preference for boutique stores versus the big-box stores that had helped Best Buy’s American branch become successful.

To Best Buy’s dismay, these oversights slowed implementation of its brand in Europe and brought expansion in China to a complete halt, necessitating the closure of all nine of its Chinese stores and the sale of its stake in Carphone Warehouse back to the company, effectively ending their short-lived partnership. Had Best Buy’s senior management reviewed market statistics more attentively, it may have noticed these issues; however, overconfidence in its American success may have created too large a blind spot for the company to overcome. After restructuring its strategy, Best Buy will likely attempt re-entry into the European and Chinese markets, but as of now, Best Buy’s international expansion is widely regarded as a failure.

There is one common theme prevalent among many failed business ventures: the absence of managers and leaders with the insight necessary to adapt their businesses’ operations to current or upcoming market trends. At the highest levels of management, decisions must be made daily to ensure that businesses are able to maintain stability and appropriate growth in their respective markets without facing collapse. Earning a Master of Business Administration offers opportunities for individuals to advance their understanding of foundational business practices and identify initiatives that incur significant risk, replacing them with ideas that—if adopted appropriately—can secure a business’ position in the marketplace. 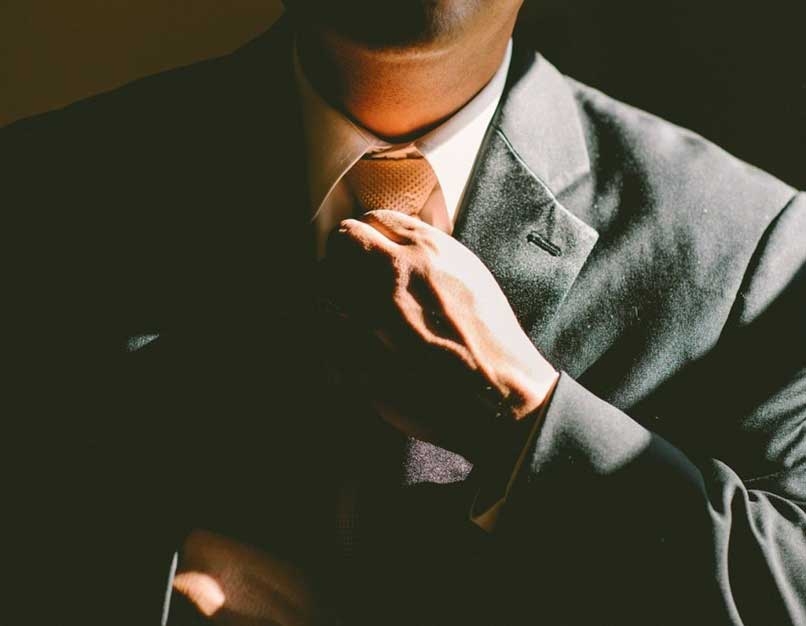 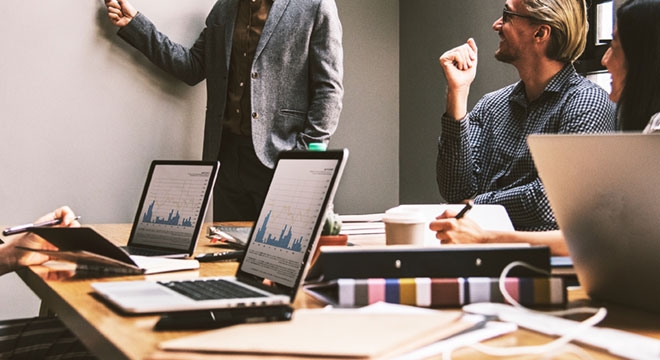