8 Great Government Leaders of the Past Century

Effective, strong leaders understand how to provide for their populations, and they understand how to help entire nations achieve economic, political and social success. The most successful leaders are honest, confident, and disciplined, but it takes thorough education, training, and practical application of these skills to become proficient enough to apply them in a national leadership capacity. Below is a look at the careers, accomplishments, and leadership skills of eight lauded government leaders who have served their respective nations successfully during the past century.

Winston Churchill established himself as a great government leader when he served as Prime Minister of the United Kingdom during the Second World War. Churchill was born to an aristocratic family near Oxford, England and became an officer of the cadet corps as a youth. Later, after finishing school, he began formal training as a military officer. Through his first-hand experiences with conflict as a military officer and war correspondent, Churchill learned one of the key aspects of becoming an effective leader—determination.

Once World War II began, Churchill was selected to lead the United Kingdom due to his courageous ability to stand in as a voice of reason, speaking powerfully for his distraught countrymen. Churchill’s ability to lead his country during this critical period would prove to be extremely inspirational, as his speeches became famous and his countrymen rallied around his message. Furthermore, Churchill understood exactly what needed to be done in order to accomplish his primary goals, even if it required hardships and sacrifice. As a leader, Churchill excelled because he always had a key goal in mind that the broader public could easily understand and appreciate – ensuring global peace and stability during times of international strife.

Ronald Reagan is one of the United States’ most renowned presidents, having served two full terms between 1981 and 1989. It was during his time at Eureka College as a member of the football team that Reagan learned key leadership skills like teamwork and communication. However, the catalyst for advancing the conservative political platform that would later make him one of the nation’s most impactful leaders is rooted in his focus on his school’s theatrical programs. As Reagan formed the basis for his highly successful acting career, he was selected as president of the Screen Actors Guild where he combated the issue of Communist roots within the film industry. Reagan took an active role in spreading his newfound conservative beliefs, touring the country as a television host and leading the charge for conservatism.

In 1966, Reagan’s status as a government leader was made official when he was elected as Governor of California. Later, in 1980, Reagan won the Republican Presidential nomination, and he skillfully addressed American issues of economic stagnation, unemployment and national defense concerns. As a leader, Reagan led the way for massive nation income tax reform and accommodated the nation’s longest recorded period of prosperity without signs of economic recession or depression. His high levels of charisma and bold personality made Reagan an ideal role model for the American public, allowing him to lead the nation in a positive direction. In fact, Reagan’s courageous leadership led to decreased tension between the United States and the Soviet Union by embracing an overall goal of peace through strength.

As First Lady of the United States, Michelle Obama managed to establish herself as a role model for women throughout the world by leading the way for encouraging women’s rights and healthy families both domestically and internationally. Her background of high-level education, which included Princeton University and Harvard Law School, prepared Mrs. Obama to pursue her true passion of leading people in their efforts to serve their communities.

Throughout her career, Michelle Obama has held leadership roles in numerous organizations, including the Chicago chapter of Public Allies and the University of Chicago. In her role as First Lady, she further leveraged her leadership abilities by leading several national initiatives aimed at addressing pertinent social issues within the United States, such as the epidemic of childhood obesity in America, supporting American veterans, and inspiring young Americans to pursue higher education. She also worked to provide educational initiatives and critical resources to the public, helping average Americans to develop a better understanding of what they needed to do to better themselves. Michelle Obama also took her leadership capabilities abroad through her Let Girls Learn initiative, which spreads the message of helping girls get educated globally.

Eleanor Roosevelt was First Lady to President Franklin Delano Roosevelt, who served from 1933 to 1945. Mrs. Roosevelt is often credited with redefining the role of First Lady due to her outward expressions of personal independence as well as her active role in politics and public affairs. For example, before Eleanor Roosevelt came to the White House, no First Lady had ever held her own press conference. On March 6, 1933, Mrs. Roosevelt made history when she entered the White House press room to speak out on human rights, women’s issues and child safety concerns. Later, she even took on the significant task of lowering the White House budget by 25 percent. During her time as First Lady, Mrs. Roosevelt was a leader on various fronts, using her connections with the Democratic National Committee to urge the appointment of women to positions of power in New Deal programs and using her social credibility to influence civil rights-related legislation like lynching reform.

Her husband’s abrupt death in 1945 led to her being appointed as a delegate to the United Nations by President Harry Truman. In this role, Eleanor Roosevelt was able to strongly influence humanitarianism and human rights throughout the world as she led vital investigations into social, political, and economic conditions. Before her death in 1962, Eleanor held several more international leadership positions, delivered valuable speeches, and published many insightful books and articles advocating human rights, civil rights, and women’s rights.

John F. Kennedy was the 35th President of the United States and remains one of the nation’s most admired and celebrated leaders. Kennedy, who was the youngest man elected to office, was considered to be a very strong leader due to his courageous experiences as an officer in the U.S. Navy during World War II. After arriving back from the war, he advanced his political career quickly and gained a Democratic nomination for Vice President, which later led to his nomination for the presidency.

Kennedy’s strength of character and patient leadership influenced the entire nation through his memorable speeches and massive economic plans. His leadership qualities also helped his administration to focus firmly on pursuing peace with the Soviet Union. In particular, Kennedy will forever be remembered for his collected and self-possessed response to the Cuban Missile Crisis in 1962. By evaluating all his options, remaining calm, and not jumping to conclusions, Kennedy and his administration defused a tense international situation and helped to avoid entering a potentially devastating nuclear conflict with the Soviets.

Franklin Delano Roosevelt was granted the United States Presidency during the cresting point of the Great Depression. This was a crucial period in history, but through his excellent leadership, the American people were able to regain confidence and rebuild their immensely suffering economy. Roosevelt achieved this feat by recognizing

the enormous plight of unemployment faced by the American people and developing new programs to combat the issue and provide relief to the unemployed. Roosevelt’s efficient leadership during his first 100 days set the groundwork for recovery to business, farms, and home ownership. In addition, he implemented Social Security, increased taxation, and introduced new legislation and regulation that provided additional control over banking entities.

Roosevelt was also widely responsible for planning the United Nations, and during World War II, he decisively ended the United States’ period of neutrality and engaged in the conflict by coming to the aid of Great Britain. He sought to settle international difficulties and empower the American people through brave and intelligent leadership. Like Churchill, Roosevelt was a confident leader, and he understood how to inspire others to rise up and overcome incredible challenges. He also recognized that effective leaders need to be fully informed before making decisions—that’s why he pulled together a group of talented and educated advisors to help guide and to assist him with developing effective approaches to difficult tasks.

Before entering into the Presidency in 1953, Dwight D. Eisenhower led a prestigious career as the commanding general of American forces during World War II. He displayed overwhelming leadership prowess which was instrumental in the success of the Allied Forces on multiple battlefronts. Following World War II, Eisenhower held the position as President of Columbia University and was later convinced to run for President in 1952. With his stellar background and charisma, Eisenhower won the American people’s affection with ease. During his presidency, Eisenhower focused on strengthening the U.S.’s military capabilities and the continuation of critical social programs launched through the New & Fair Deal programs under President Franklin Roosevelt to help ensure overall positive economic growth.

President Eisenhower’s leadership was also key in safely navigating the early days of the Cold War and keeping the world free of widespread nuclear warfare. The development of hydrogen bombs by both the Russians and the Americans brought forth high levels of tension internationally, but when Eisenhower met with other world leaders at the Geneva Summit in 1955, he remained calm and collected while proposing potential solutions to the issue. At the end of his presidential terms, Eisenhower continued his leadership legacy, cautioning that the current trend of long-running military expenditures would eventually threaten the world with potential destruction. As a forward thinking, Eisenhower always focused on leading his people towards a future that accounted for future generations.

Throughout President William Clinton’s terms of service, his political strategies and executive leadership capabilities were considered to be truly world-class. Clinton is credited with creating more than 22 million jobs, leading the American people into the longest economic expansion in United States history. Even after his presidential term, Clinton continued positively influencing the world by founding the Clinton Foundation, which aims to improve global standards of health and wellness, reduce childhood obesity, and encourage new economic growth and opportunities while increasing the availability of valuable opportunities for girls and women of all ages.

With such large-scale aspirations, the Clinton Foundation requires high levels of sound leadership. The growth and ongoing success of the foundation is a testament to Clinton’s relentless efforts and dedication as a leader and his passion for helping others. For example, under his direction and leadership of the Clinton Health Access Initiative, more than 11.5 million people have received access to lower cost HIV/AIDS medications. Likewise, through his commitment and dedication to the Clinton Climate Initiative, many nations are already seeing progress in the fight to slow down the onset of global climate change. Clinton’s leadership skills are unique to his vibrant character and have been demonstrated through his success in politics as well as his philanthropic accomplishments.

These leaders all held significant roles in shaping their respective nations and organizations. By making their morals and values apparent in all of their professional pursuits, each individual was able to bring about measurable change to the world. Studying the actions and character of these and other great leaders is an effective way for future leaders to prepare for their career advancement. A graduate degree in leadership can help aspiring leaders to gain the skills necessary to become successful leaders, while also providing a great point of reference for what makes proper leaders.

Norwich University’s online Master of Science in Leadership program is designed to help you demonstrate the skills and knowledge needed to lead teams and inspire progress, while also growing your career. The program is practical and pertinent, allowing students to apply leadership concepts immediately to their careers. 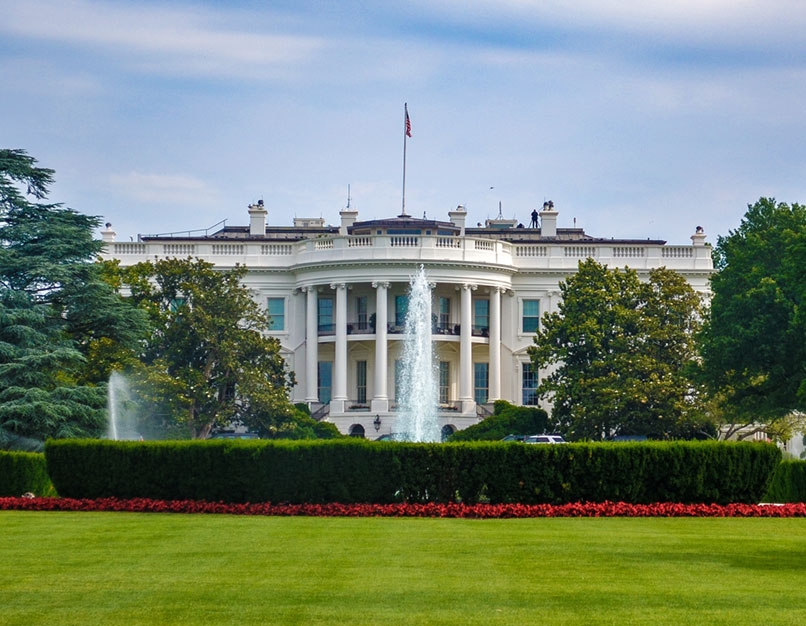