Earning a master’s degree in public administration can provide current and future professionals in the field with the advanced tools needed to support society as a whole. As the nation grows, support of the local and national government requires the need for efficient and effective leadership throughout the infrastructure. The following five TED Talks discuss multiple aspects of public administration, highlighting why an advanced education in public administration is a valuable asset for individuals who aim to better their communities through active participation in government.

James B. Glattfelder - Who Controls the World?

With a career of analyzing and developing theories to help others understand complex systems, such as the multiple levels of organizations or even America’s government, James Glattfelder has an extensive history of breaking down networks based on their individual parts. Within his studies, Glattfelder uncovered that successful organizations approach operations through a simple, holistic perspective, while others usually fail due to uneven and complex connections of resources and departments.

By studying ownership networks within large companies with shareholders, Glattfelder breaks down the reasoning behind why high degrees of interconnectivity within complex systems can lead to instability and increased risk for failure within the organization. Through watching this TED talk, public administration students can learn the implications of relegating control of large organizations to only a few shareholders. In doing so, they can also be moved to recognize the potentially negative impact that unbalanced distribution of influence within large firms can have on global economic systems, allowing them to develop actionable solutions to the issues that stem from infrastructural instability.

In this TED Talk, organized crime expert Misha Glenny discusses the significance of organized criminal syndicates in the global landscape. He notes that in order for public administrators to combat crime, all levels of government need to be aware of what happens when criminals start using the same leadership tactics as legitimate businesses to expand their reach. The expansion of networks is key in boosting profitability and growth within any industry, and the growth of organized criminal syndicates has allowed them to become a massive player in many markets across the world.

Public administrators have been tasked with identifying the heart of these criminal networks and strategizing practical ways to enforce legislation that can keep these organizations in check. This TED Talk highlights that with so much revenue running through the hands of these criminals, the task of dismantling global crime networks is constantly growing, so it will take the collaboration of multiple nations to slow its progress. Additionally, Glenny forebodes the coming of innovations within the criminal world that have already proven to be real obstacles to the progress of government administration; cyber crime and the production and distribution of counterfeit goods. Organized crime impacts the lives of everyone within a community, and individuals working in the field of public administration will be at the forefront of combating this new age of criminals.

Social psychology is a field of study that focuses on exploring the moral, ethical, and political relationships that develop throughout human society. As an expert in the field, Jonathan Haidt has been compelled to evaluate the issues that are causing rifts in human society, particularly from an American perspective. During this talk, Haidt uncovers the risks and concerns of current political topics, offering valuable insight into how up-and-coming public administrators can contribute to mending social rifts.

Haidt focuses on the need for a specific look at what happens when cultures clash and when some of those cultures or partisan groups dissolve. Haidt believes that politically diverse personal relationships and emotional connections are becoming less prevalent in American culture, as evidence shows that many Americans are even going so far as relocating to be surrounded by people within their own political demographic. The only way the country’s administration will be able to steer Americans away from this epidemic of negativity is to dissolve the borders that exist between left and right, forming a new type of empathy that future leaders and public administrators will need to employ to help prevent the current fracture in the country from becoming a massive rift.

Halla Tomasdottir – It's Time for Women to Run for Office

Through her different entrepreneurship avenues, Halla Tómasdóttir has become a catalyst for change in society, emphasizing the need for women leaders in public administration. Tómasdóttir set an example for women across the globe when she ran for president of Iceland in 2016. The battle was difficult, especially because Tómasdóttir was unable to rank highly in the polls early in the race. In her TED Talk, Tomasdottir highlights her difficult run for office and how political challenges, such as the lack of media connections, campaign funding, and inadequate human resources, were inescapable, but that she was able to overcome them. The challenges Tómasdóttir faced offer a valuable lesson regarding hard work and perseverance in the face of adversity for women who have the drive to pursue high-ranking positions within the field of public administration.

Adam Foss – A Prosecutor's Vision for a Better Justice System

Adam Foss is a prosecutor who has a noteworthy theory regarding the need for reform within the current United States criminal justice system. Foss uses examples from his career as a prosecutor to compel viewers to understand the plight faced by individuals who are routed into the currently outdated criminal justice system. Through this TED Talk, Foss encourages public administration professionals to recognize the people who have been publicly labeled as criminals, but may more specifically be individuals who are desperately in need of support. Foss shares his idea that rather than coming down hard on every criminal, public administrators should work to reform the system to emphasize the power of opportunity as a form of discipline. By providing offenders with understanding and opportunities, Foss notes that communities stand to lower the chances of criminals offending again, achieving a more active form of justice with more compelling results.

Receiving a Master of Public Administration degree can open the door to many opportunities, and the skills developed throughout the coursework can provide students with the opportunity to offer valuable service and leadership to their communities. The influential minds that have shared their knowledge in the above TED Talks have committed their voices to aiding positive-minded public administrative professionals, encouraging individuals to come together to innovate and solve issues.

Norwich University’s online Master of Public Administration program is a comprehensive, multi-disciplinary program that helps produce graduates with the skills needed to effectively manage a demanding and evolving industry. Our rigorous curriculum helps provide you with an all-inclusive study of organizational management concepts, decision-making processes, strategic planning, and fiscal management. 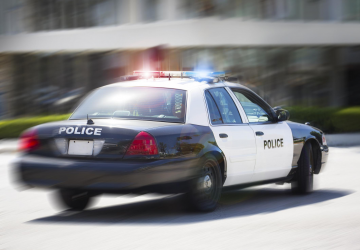 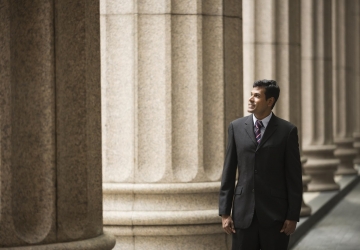